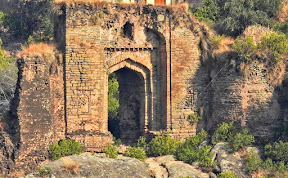 The Pharwala Fort as seen from another side of Sohan River

People tell the stories associated with the fort that it belongs to the fearless clan of Gahkars, mainly known for their bravery and fighting skills. They played a huge role in setting history in the region for centuries. It is also known that the great Mughal emperor Babur launched a campaign to conquer the Gakhar stronghold in 1519.

Gakhars, despite their strategic positioning, could not stand the might of Babur’s army and escaped through a narrow valley on the northern side of the fort. As it turned out, the Gakhars remained loyal to the Mughals and even supported Humayun in his exile. Shershah, who took over the rest of the Mughal Empire, could never take away Pharwala Fort from the resilient Gakhars and later ordered the construction of the Rohtas Fort to quell Gakhar's resistance. 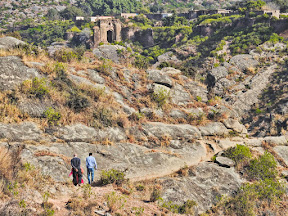 You have to walk for 1/2 km to reach the fort, Pharwala fort 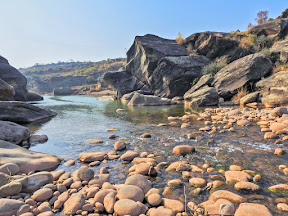 One has to pass through the shallow water of River Sohan to reach the fort, Pharwala fort 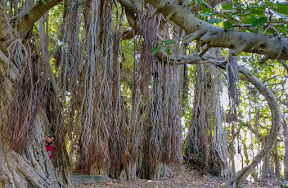 A graveyard under the banyan tree, Inside Phaarwala Fort

The fort is located 20 Km from the Airport Chowk on the left bank of river Sohan, about 30 Km on north-east of Islamabad(Adjacent to a small village Bagh Jogian). Now onward you will have to walk for about half a kilometer to enter the fort, as it is on the eastern side of the Sohan river. One has to pass through the shallow water of River Sohan to reach the fort. It is ideally located and represents a model of a typical military fort with all the features of a great safe-haven for a defensive fort.

When you cross the river and climb up the hill, you will find abandoned mosque on your left side. There is also an abandoned temple on the right-hand side while you climb. 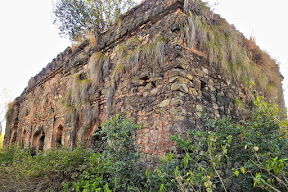 Mosque near the fort after you cross the Sohan river

"The elders told that villages in Potohar used to have a defense force. Every village used to contribute the best from their village in that force. That makes the Ghakkar force and they constructed Ghakkar forts for defense. Pharwala fort was damaged during the fights with Sher Shah. The Ghakkars were responsible to capture the Rohtas fort and for the defeat of Sher Shah in this regions. The banyan tree situated inside the fort premises has many urban legends associated with it. The most interesting stuff is that the place of Warfare between Alexander and Local king of Peruvia ( Former North Punjab ) had taken place in this same region. That battle is known as Ultimate Battles of history and History Channel has covered it as well. In Europe, that battle is known as Battle of Hydaspes ( old name of River Jhelum)." 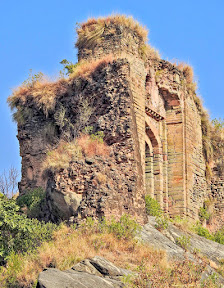 One of the survived gates of the Pharwala Fort

Closeup of the door, Pharwala Fort 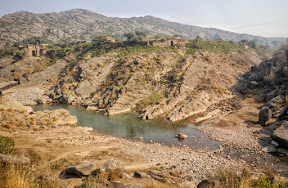 Fort can be seen from village Bagh Jogian 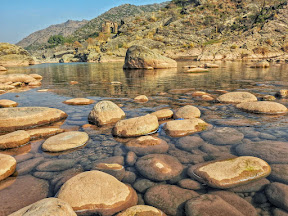 Fort can be seen from Sohan River 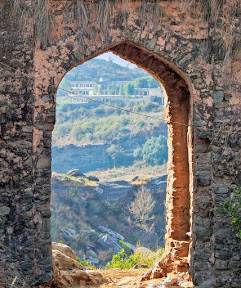 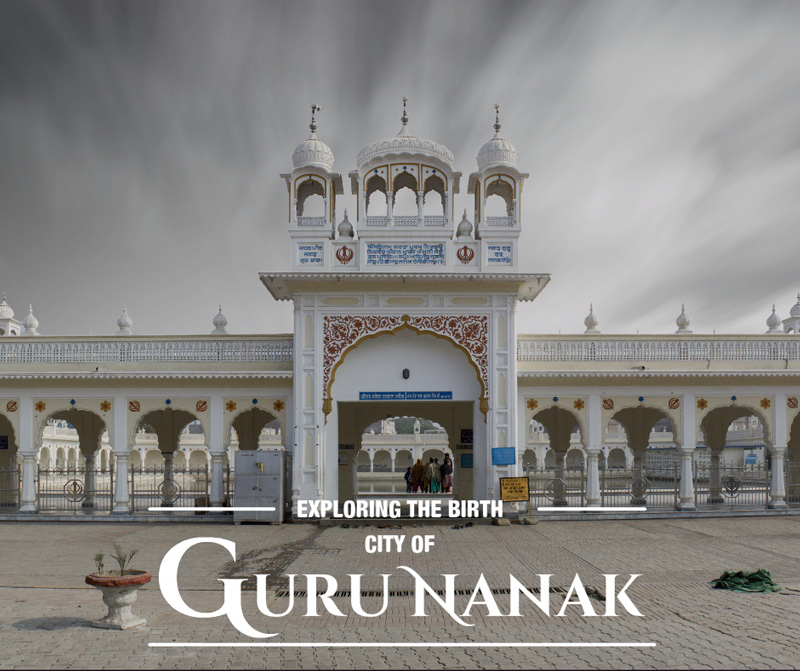 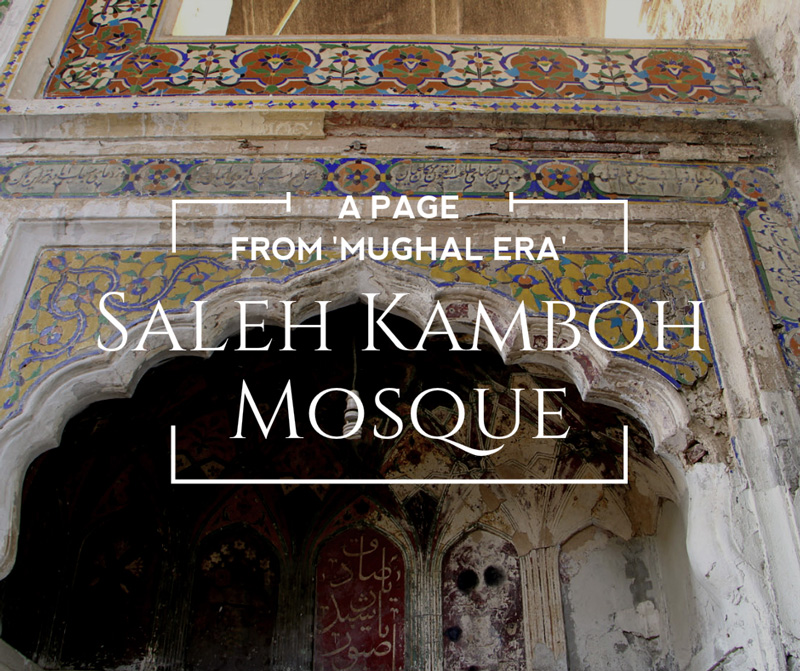 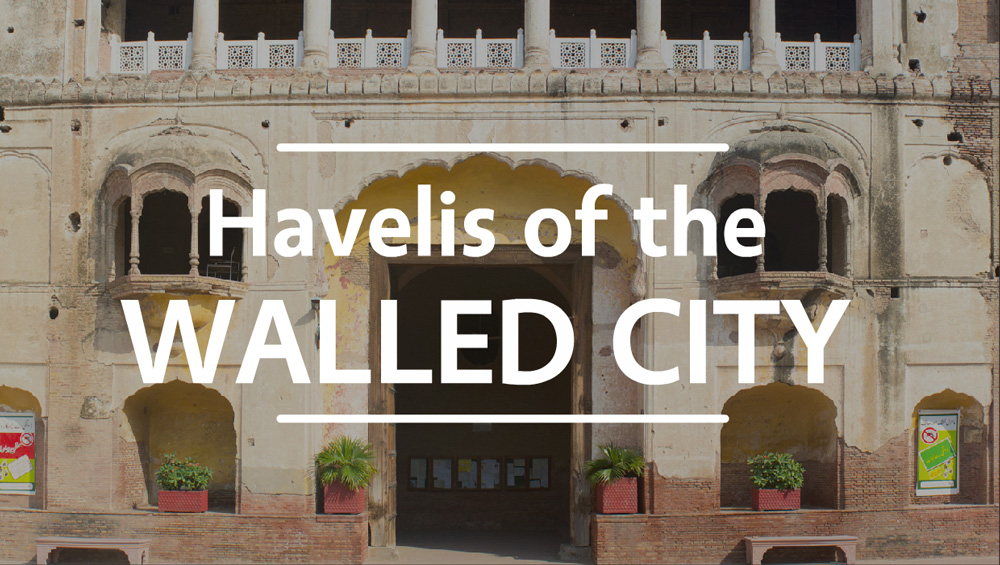 Jhelum is an ancient city with a number of historical sites which getting out of the site because of they have been neglected over the time and often left abandoned. The "Bhai Karam Singh Gurdawara" is one of those sites. 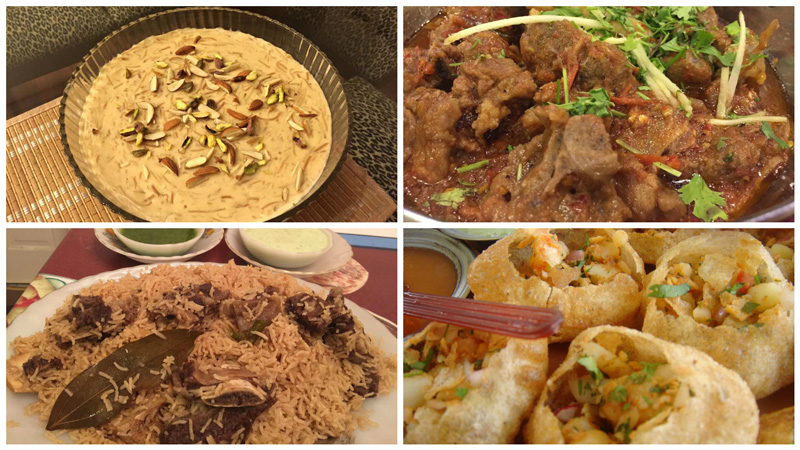 Marking the end of the Hajj, Eid al-Adha is one of the most important celebrations for Muslims around the world. In Pakistan, the festival grooms progressively with delicious foods are cooked each day. Lets walk through what people of Pakistan made on the first day of the Eid.